The Regional Policy Council (RPC) is a signature program of Mental Health America (MHA) –the only national mental health advocacy organization to align its policy meetings with the convenings of major state executive and legislative membership groups. In 2017, the RPC, through the commitment and hard work of its six regional representatives, kept in constant contact with MHA affiliates and responded to the challenges of a healthcare landscape in flux, actively fighting challenges to health care access on the state and federal levels while promoting comprehensive integrated health and mental health coverage. Through its Back Home Campaign, the RPC reps helped to connect state affiliates to each other; affiliates to their state and national legislators; and states to MHA’s national office and to Capitol Hill.

In 2017, the RPC was pleased to recognize and honor in person, eleven Legislative Champions from both sides of the aisle and one Governor. The 2017 honorees included six state representatives and five state senators. Four legislators also joined in the day-long meetings as attendees, and two offered session presentations on their state legislative mental health initiatives. MHA was also delighted to have representatives of each of the legislator organizations join the group, offering words of welcome and presenting sessions.

In Washington, DC on February 24 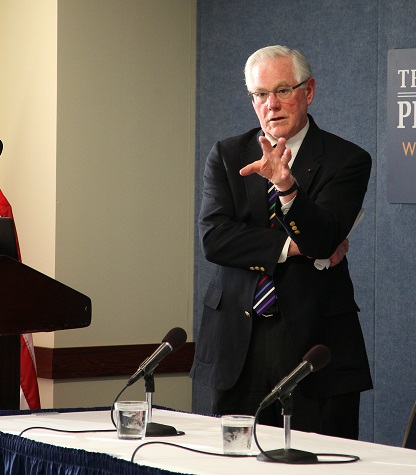 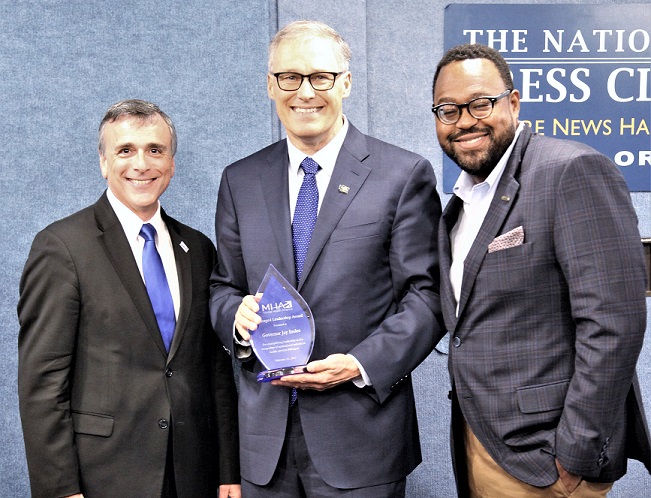 The 2017 RPC season kicked off with a policy briefing and celebratory reception at the National Press Club in Washington, DC that coincided with the National Governor Association’s winter meeting. It began with a briefing entitled Vital Directions in Health and Health Care: Why Shifting from Volume to Value Benefits the States. Renowned scholar Dr. J. Michael McGinnis, who has held appointments in the Carter, Reagan and Bush administrations, and is now the Executive Officer of the National Academy of Medicine (NAM), addressed a packed room, explaining how the issues presented in NAM’s Perspectives Paper Series may be used by governors and state legislators to advance their state's leadership in health policy.

More than 80 guests from national professional and advocacy organizations, Capitol Hill staff, and industry and business leaders then attended a reception honoring Governor Jay Inslee (D-WA). Governor Inslee was chosen to receive MHA’s 2017 B4Stage4 Leadership award for his administration’s strong support of mental health and substance use disorder treatment and services, programmatically and fiscally. This is evident in Washington state’s five-year Medicaid Transformation Project, which prioritizes prevention by addressing the social determinates of health with functional and financial integration between agencies and within Medicaid and non-Medicaid services, puts emphasis on preventive care, and institutes steps to make sure those with mental health and substance use issues do not find themselves incarcerated. Governor Inslee’s administration also championed Rapid Rehousing and Housing First models; established mobile crisis services and crisis centers; and closed centralized state hospitals with those funds (along with additional dollars) being diverted into community-based services. He has also prioritized the use peer specialists within Washington state’s provider organizations. 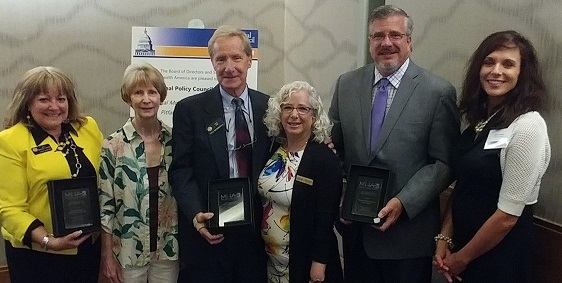 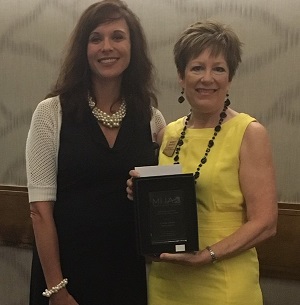 Taking advantage of the Colorado meeting location, speakers included Retired Sheriff Chris Johnson, Executive Director of the County Sheriffs of Colorado, who discussed law enforcement officers’ concerns about officers being first - and often the only - responders attending to people with behavioral health concerns. Gretchen Hammer, the Colorado Director of Medicaid, provided a briefing on Colorado’s innovative Medicaid programs and outcomes; and Kathryn Jantz, from the Denver-based Steadman Group, offered a nuanced tutorial on Accountable Care Organizations (ACOs) and Accountable Health Communities (ACHs). Co-locating with the ALEC conference also afforded the opportunity to welcome Mark Smith, of the Da Vinci Group; and Shruti Kulkarni, from the Center for Lawful Access and Abuse Deterrence, who led an interactive conversation on the perspectives of ALEC.

Drawing from the expertise of MHA’s affiliate network and highlighting opportunities, attendees also heard from Steve McCaffery, Executive Director of MHA of Indiana, who discussed new directions for states based on Indiana’s model Medicaid waiver, and Moe Keller from Mental Health Colorado, who shared a preview of Phase III of Colorado’s Accountable Care Grant program. Detailed perspectives on pitfalls to be avoided were presented by Ben Harrington of MHA of East Tennessee, who spoke about the results of his state dis-enrollment of thousands of Medicaid recipients; Annalee Gully of MHA of Greater Houston on the findings of the Texas Legislative Study Commission; and Dan Aune of MHA of Montana about potential problems in Montana’s state Medicaid work program.

In Boston, MA on August 8 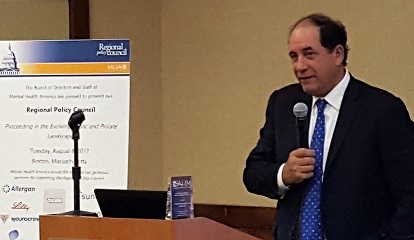 MHA’s RPC convened its third of four annual meetings Proceeding in the Evolving Public and Private Landscapes, co-located with the NCSL 2017 Legislative Summit. As a prelude to the RPC full-day policy meeting, Debbie Plotnick, MHA Vice President for Mental Health and Systems Advocacy, had the privilege to be part of an NCSL session as an expert panelist speaking on the topic of treating mental health and substance use disorders. Debbie’s presentation focused on states’ need to prioritize peer support.

In Las Vegas, NV on December 14 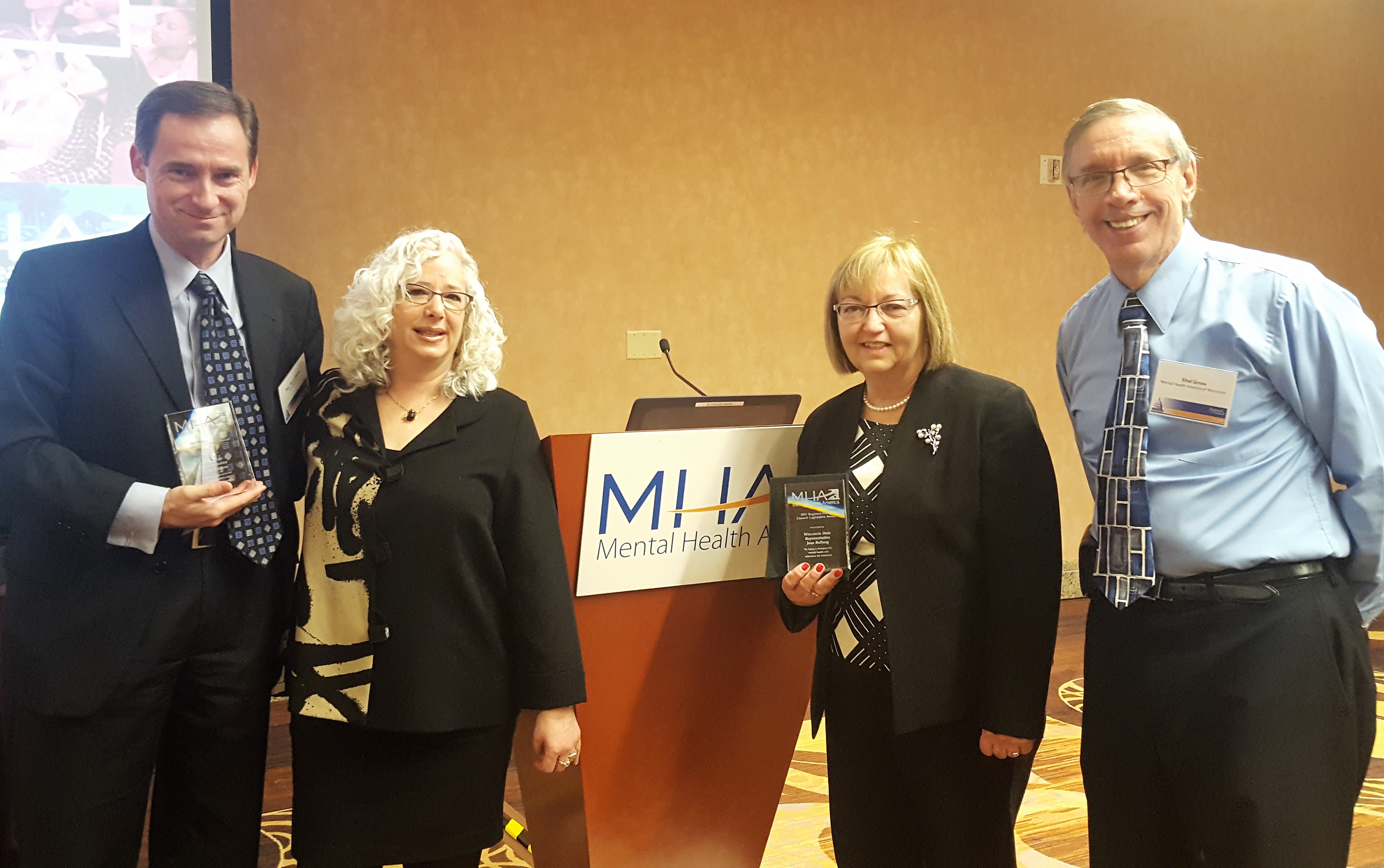 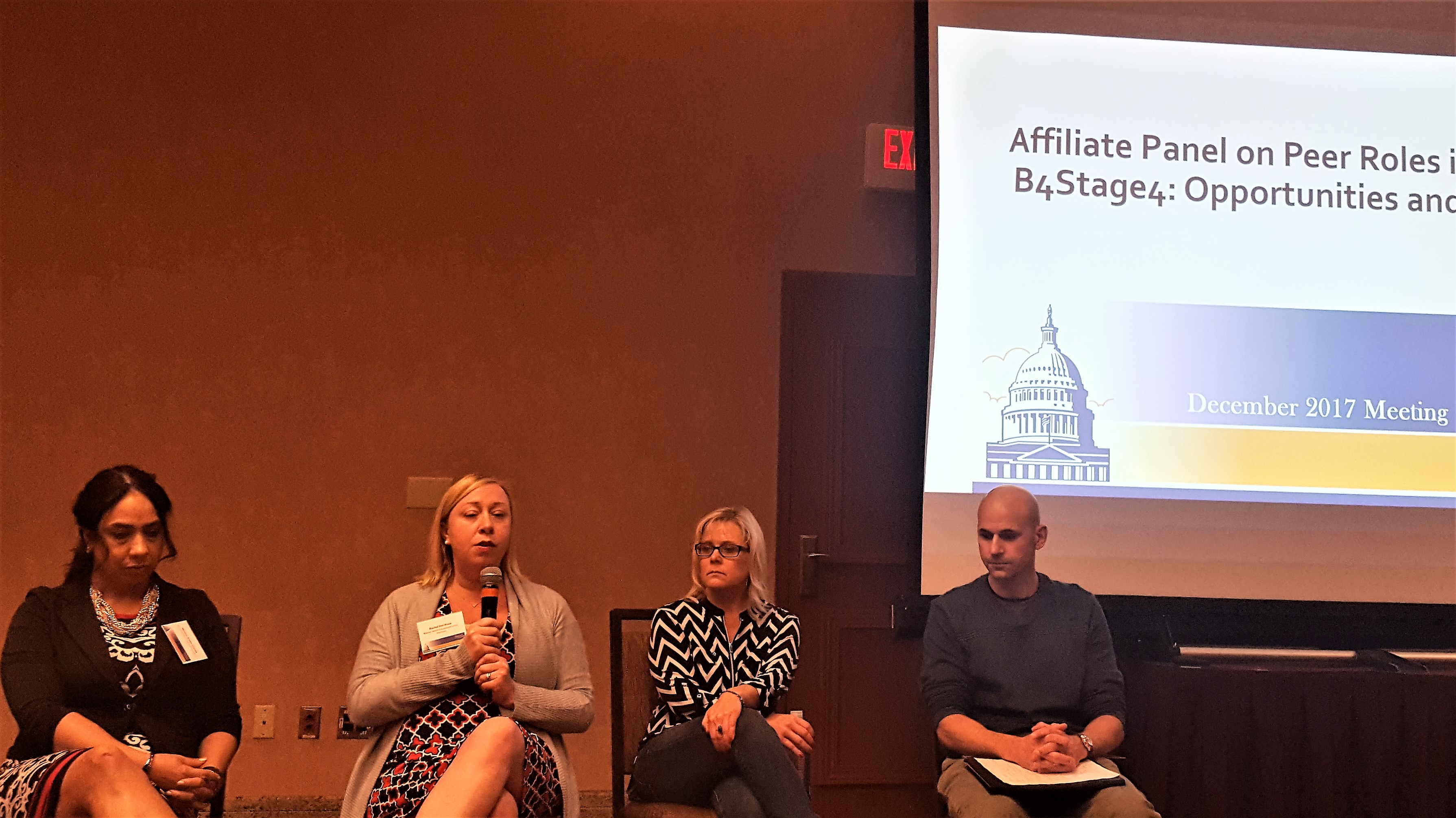 The final RPC policy meeting of the year Deflection Before Stage Four coincided with the CSG Annual Conference. Attendees were welcomed by long-time CSG Health Policy Director Debra Miller. Not only were two distinguished mental health champions honored at a legislative breakfast, these state mental health champions were also featured speakers at the day-long policy meeting. Representative Steve Eliason (R-UT) shared his state’s suicide prevention initiatives including one on Utah's university campus, and a 3-digit call and text line, which has spawned companion federal legislation. Representative Joan Ballweg (R-WI), the CSG Vice-Chair, spoke about her work on legislation for diversion and deflection for people with mental health issues out of the criminal justice systems. Forty attendees were also introduced to Sheila Tillman, Behavioral Health Director of the CSG Justice Center, speaking about the Justice Center’s state and national initiatives regarding mental illness in jails and prisons.

Several topics new to the RPC were introduced at this meeting, including a roundtable discussion on tardive dyskinesia that included the perspectives of a practicing physician, a person with lived experience, and a look at policy impediments to access newly approved to treatments. Attendees also explored the intersection of mental health, criminal justice and immigration with Gregory Pleasants, from the Vera Institute of Justice and America Paredes, Senior Director, Partnerships & Community Outreach at MHA.

The meeting concluded with presentations by experts from the MHA affiliate field on peer roles in Deflection B4Stage4 which included Rachel Del Rossi on MHA of San Francisco’s peer-run warmline, and Martina Gollin Graves from MHA of Wisconsin on efforts to expand peer services in her state. Kasey Moyer of MHA Nebraska brought along Officer Luke Bonkiewicz of the Lincoln Police Department, a recipient of the Mayor's Award of Excellence, for his scientific study of the department's mental health referral program that includes peer specialists on crisis teams, and peer-run respite.

The RPC Back Home Campaign helps to connect state affiliates to each other; affiliates to their state and national legislators; and states to MHA’s national office and to Capitol Hill. Back Home accomplishments in 2017 included monthly calls between RPC reps and MHA national staff, and between RPC reps their states. It generated letters to 93 senators, co-signed by MHA and 75 affiliates from 29 states; and letters to 50 governors, co-signed by MHA and 31 affiliates from 20 states. In addition to many invitations for local, state and national officials to visit MHA affiliate offices and events, state and local representatives were visited in their home offices throughout the year. Concurrent with MHA’s national Hill Day, affiliates visited their representatives at the district offices.

In response to affiliate requests for more instruction and tutorials, the following webinars were also presented. They can be found on the MHA website: