But people of color really don't want to say it because we already feel stigmatized by virtue of skin color or eye shape or accent and we don't want any more reasons for anyone to say, 'You're not good enough.'"

Bebe Moore Campbell was an American author, journalist, teacher, and mental health advocate who worked tirelessly to shed light on the mental health needs of the Black community and other underrepresented communities.

Bebe Moore Campbell struggled to support her daughter who battled with mental illness and a system that prevented her daughter from getting help and support.

She founded NAMI-Inglewood in a predominantly Black neighborhood to create a space that was safe for Black people to talk about mental health concerns.

Throughout her time as an advocate, Campbell made her way to DC. On June 2, 2008, Congress formally recognized Bebe Moore Campbell National Minority Mental Health Awareness Month to bring awareness to the unique struggles that underrepresented groups face in regard to mental illness in the US. 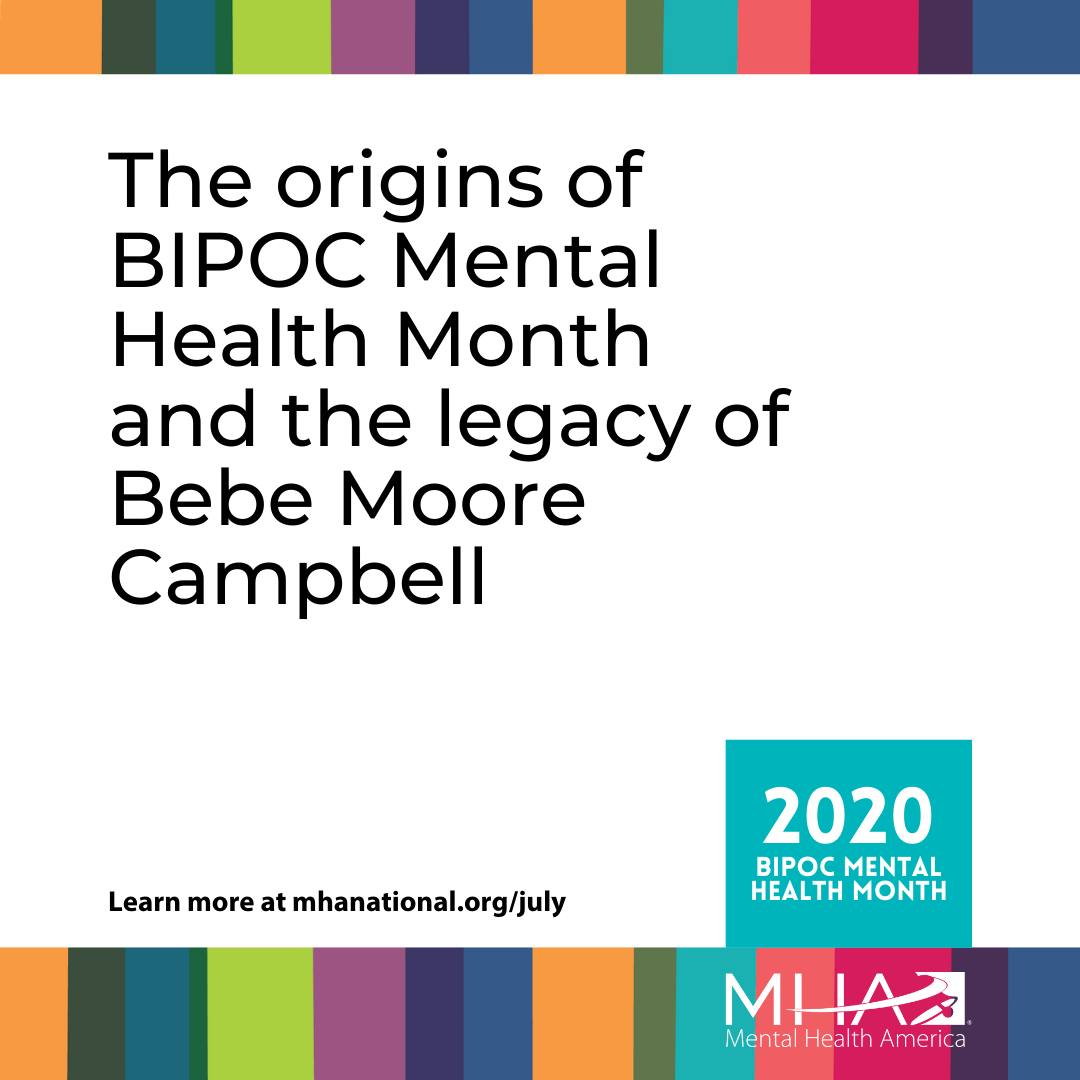 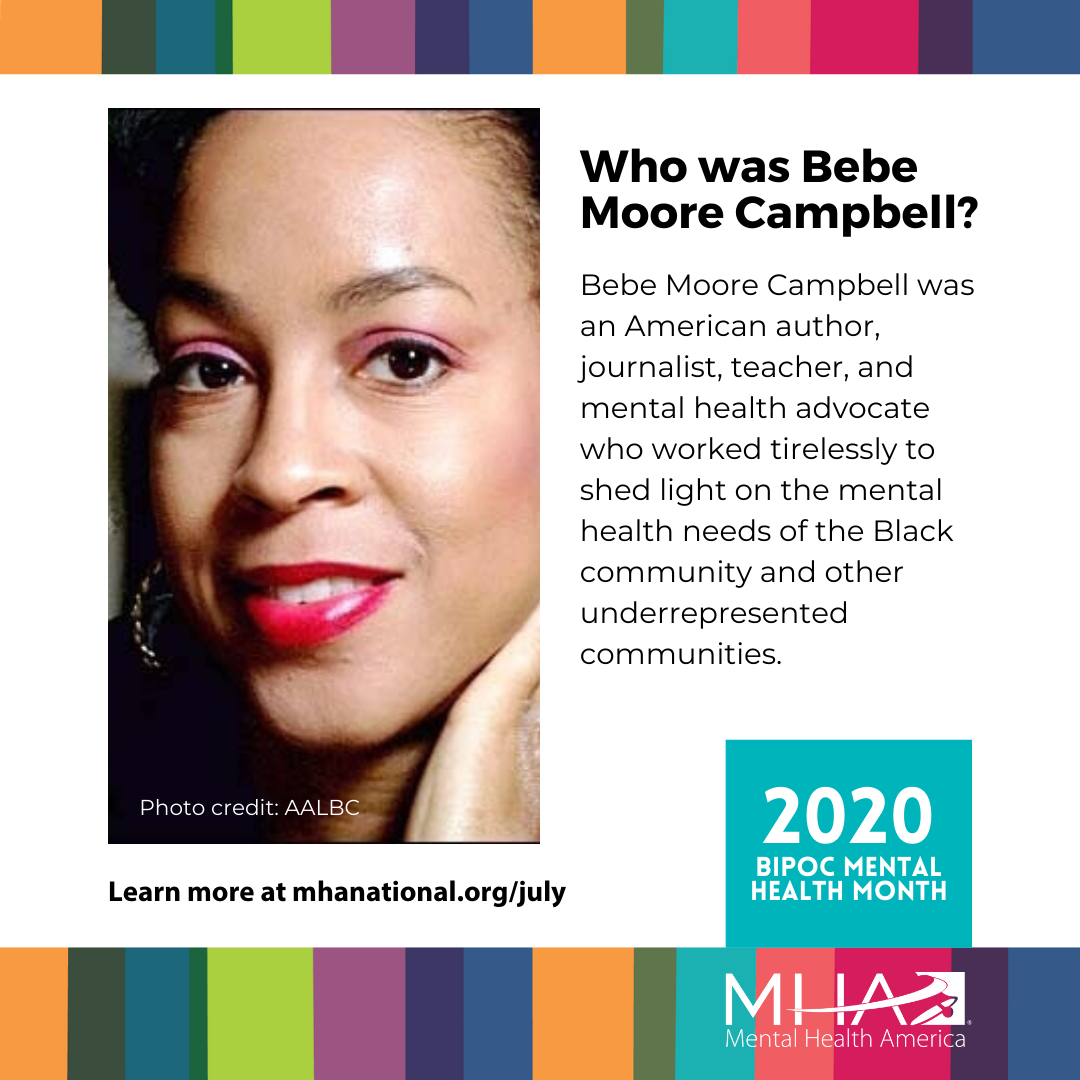 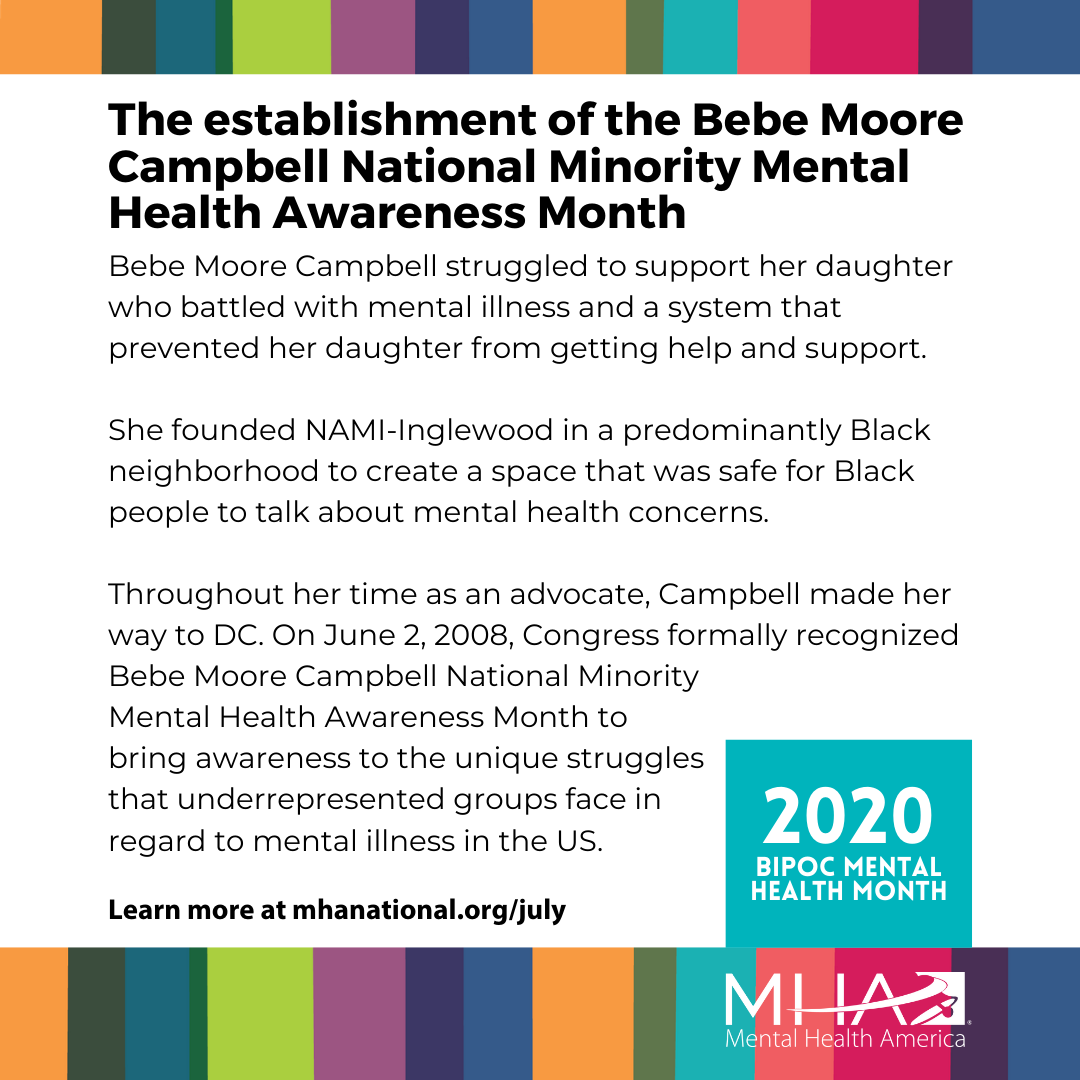 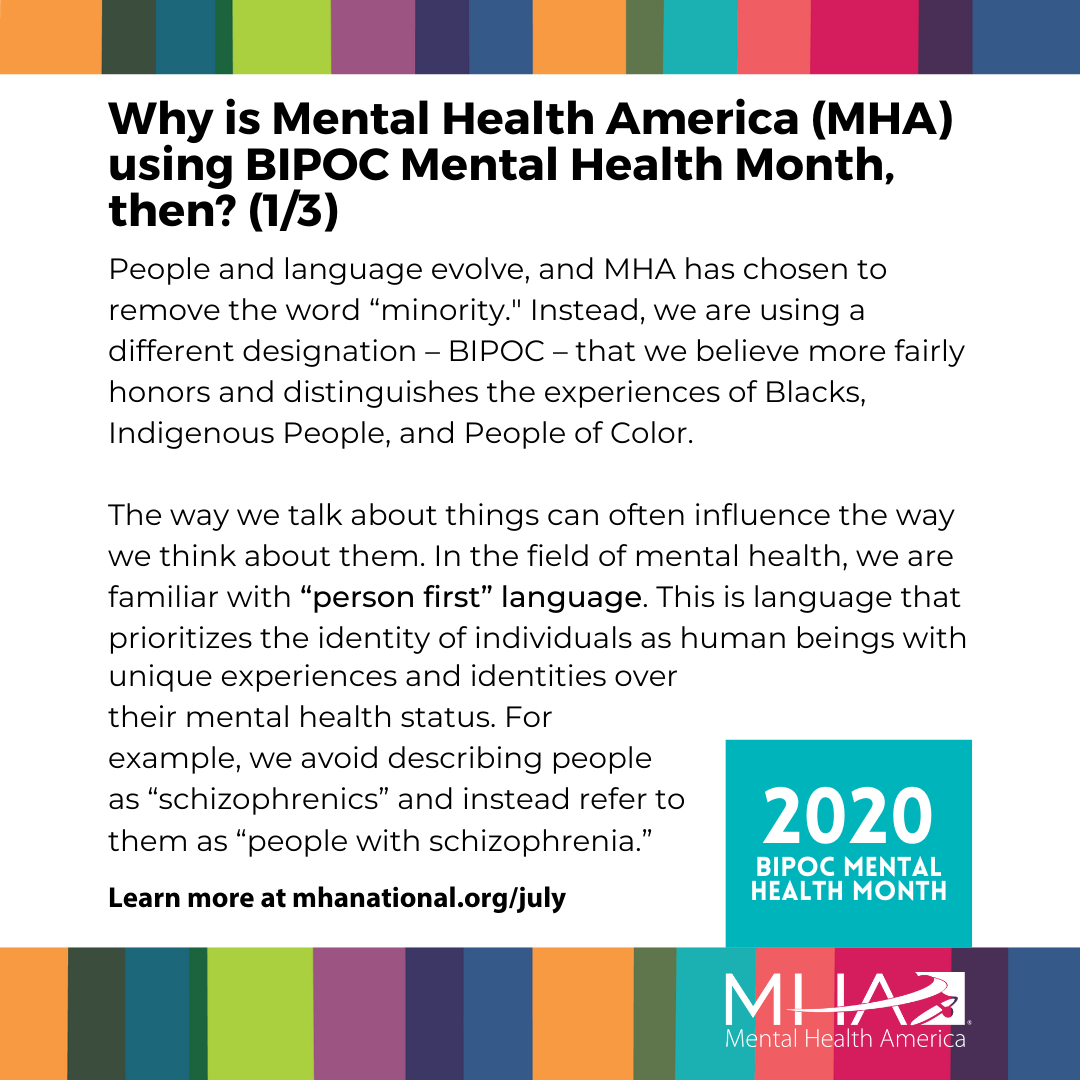 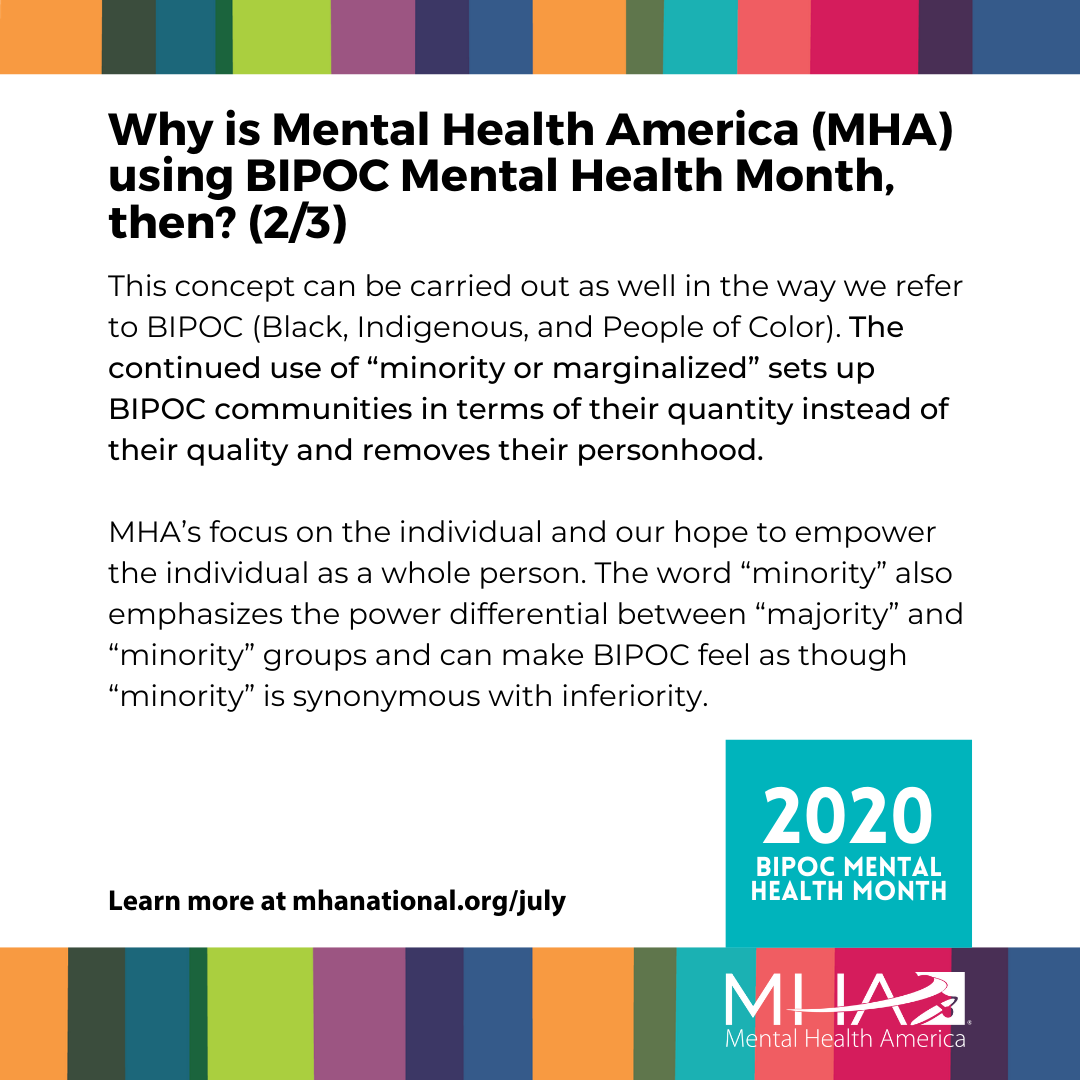 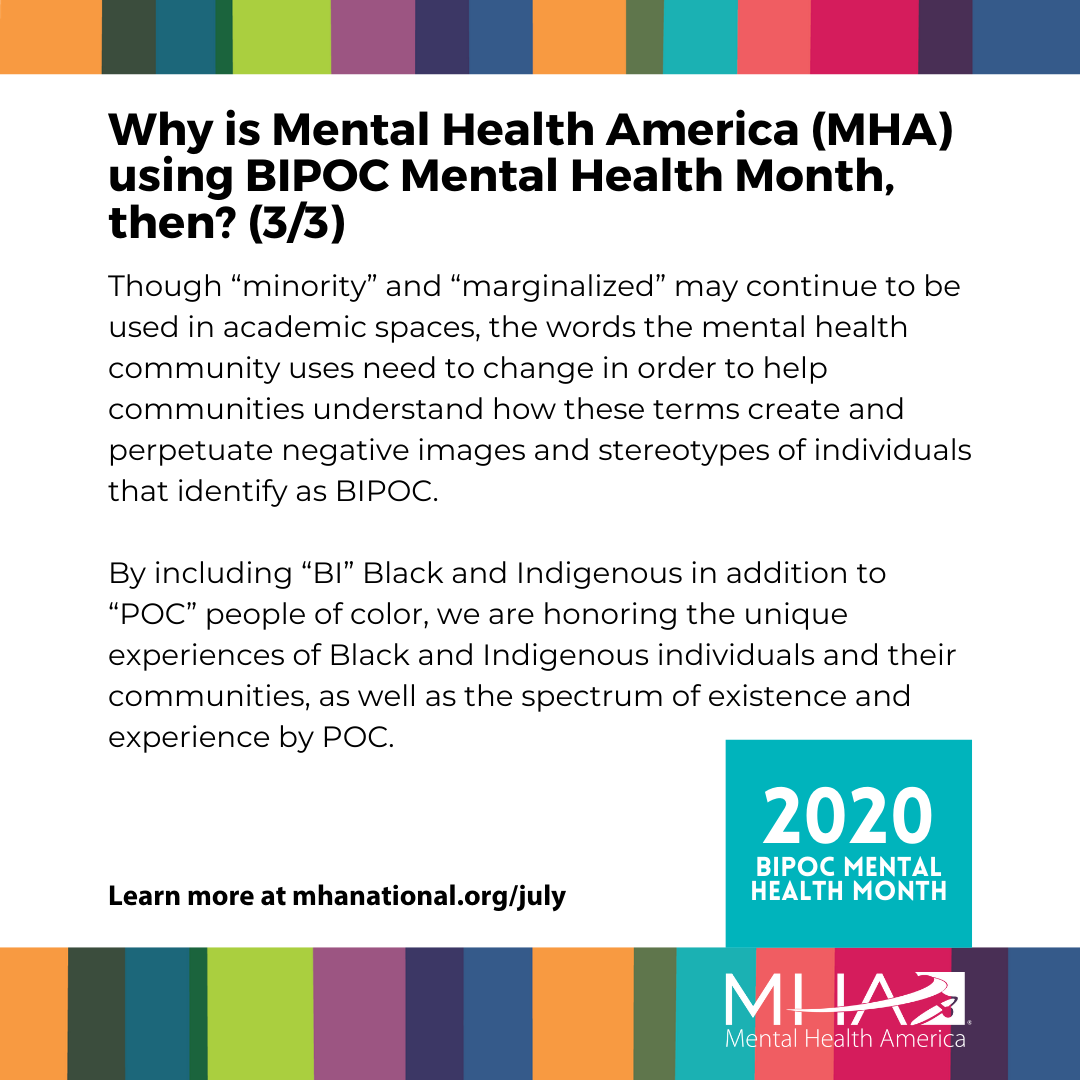 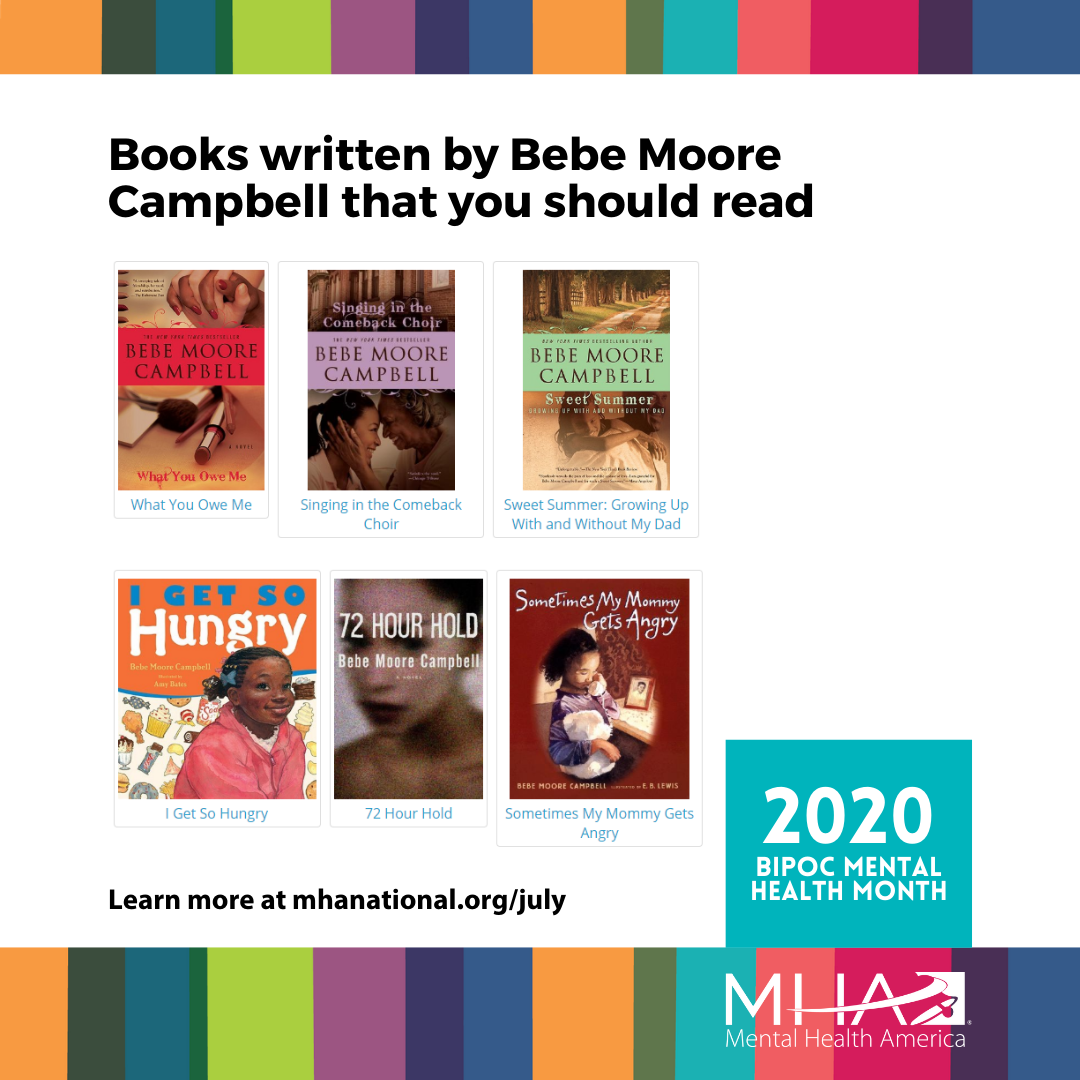 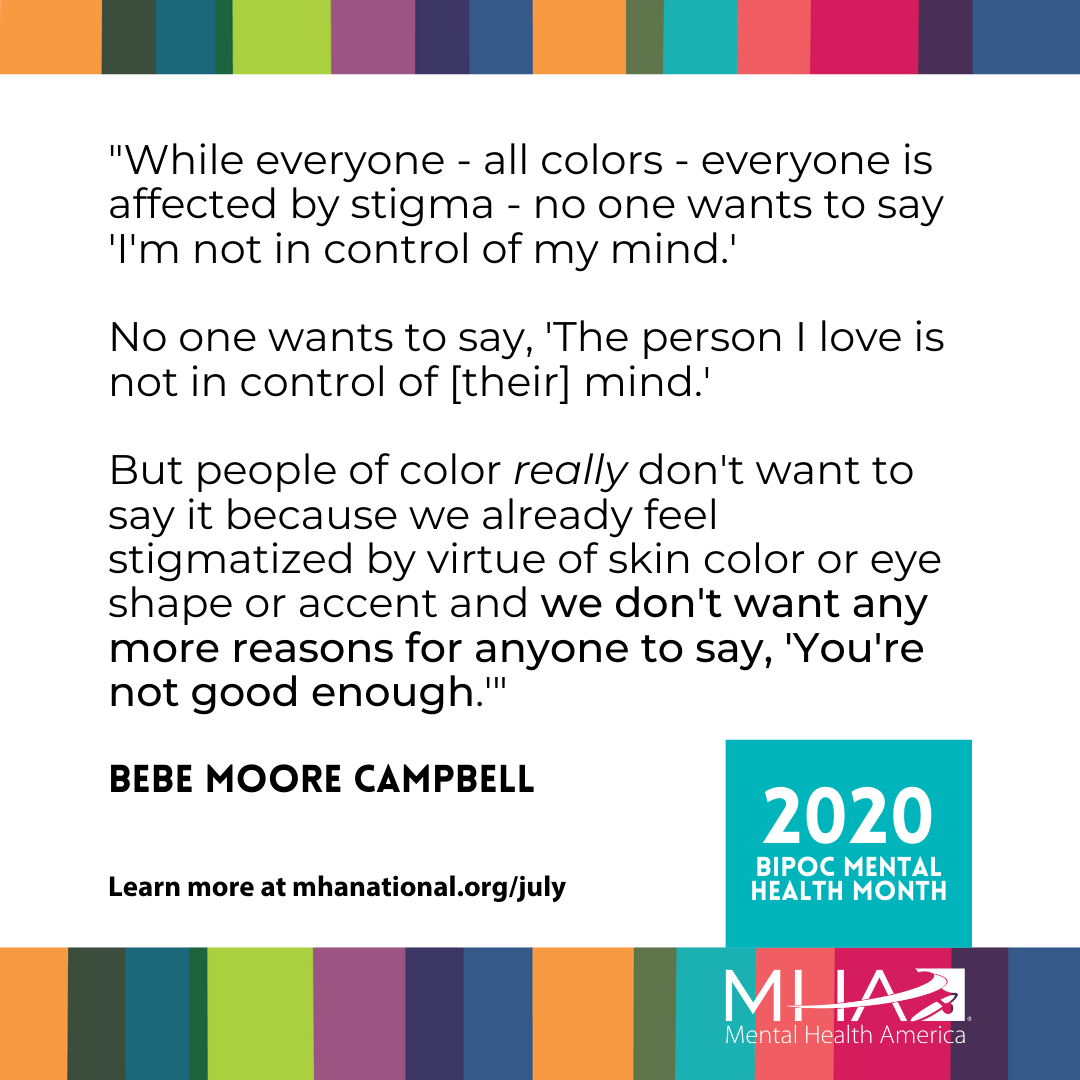 Back to BIPOC Mental Health hub