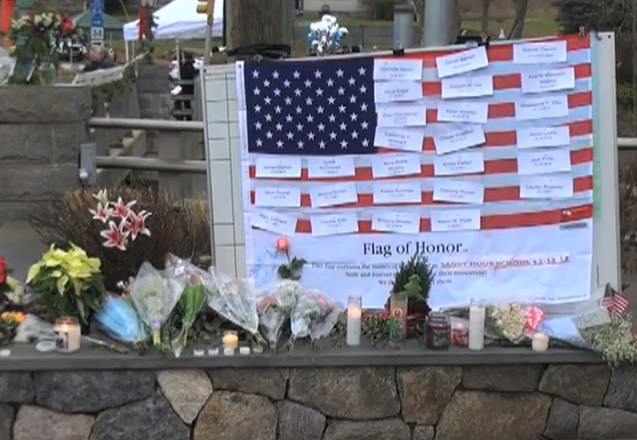 I was sitting at home doing some writing in 2012 when I turned on the noontime news. There was only a small news item at first – there had been a shooting at a Connecticut elementary school in Newtown, and there were at least a couple of confirmed casualties.

It hit home for me, because of my Connecticut roots, and I began to pay close attention. As the next few hours unfolded and the extent of the tragedy became known, I was shocked and horrified by what I learned.

Throughout the afternoon, I talked several times to my wife Pam who –as CEO of MHA’s Palm Beach County affiliate – would be fielding several media calls over the next few days about the relationship of mental illness and violence, and whether people with mental illness should be allowed to own firearms. This was before anyone really knew anything about the shooter.

And soon I was fielding a few calls of my own – as a former Connecticut legislator, I had played a role in developing the mental health system in that state and, as a parent, I had been expressing my outrage publicly that my own son’s mental health issues had been neglected for years.

Ultimately, I was invited by the Hartford Courant to write an Op-Ed describing what I called the “chain of neglect” that helps lead to tragic outcomes for people (many of them children) with mental illnesses and making recommendations as to what states could do to change this.

I focused on a few – making mental health screening as available to children as vision, hearing, and dental screening; improving special education services to be more responsive to the needs of children with serious mental illnesses; and redirecting adult services dollars from jails and prisons to community-based mental health services.

Newspapers in a quarter of our states reprinted the essay.

These are the kinds of suggestions that most people can embrace. After all, intervening before a crisis occurs – before mental illnesses progress to Stage 4 – makes all the sense in the world.

But the truth is that most policymakers have not yet embraced them. And after a brief flurry of funding activity by states in early and mid-2013, for the most part federal and state policymakers turned their attention to other matters since.

Now we know a great deal more about Adam Lanza, his background, and the years of opportunities we may have lost to change the trajectory of his life. And what the horrible consequence of that was.

But with a new year comes new opportunities. And we will have yet another chance to have something good come from something truly horrible. Mental health advocates know what needs to change—but just need the political will of our elected officials to listen to us and to act. Let us resolve to do something together – to make 2019 a year for mental health reform in America.  And let’s start building the system that we were promised fifty years ago, by embracing all of our children and giving them the mental health services they need.

Mental Health America is committed to work to get this right. Are you?