The 7 measures that make up the Youth Ranking include: 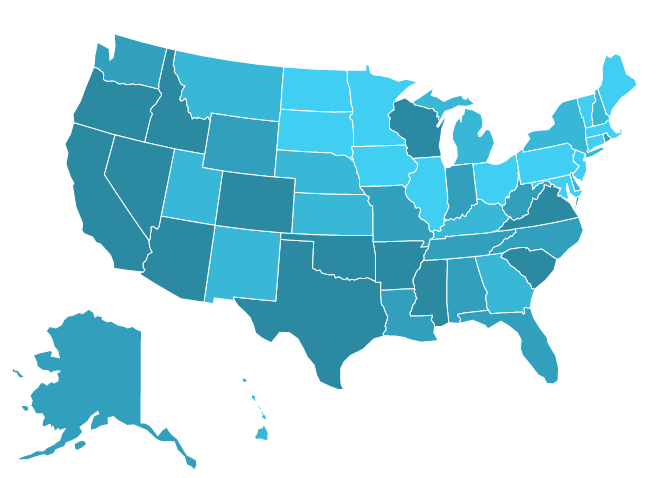 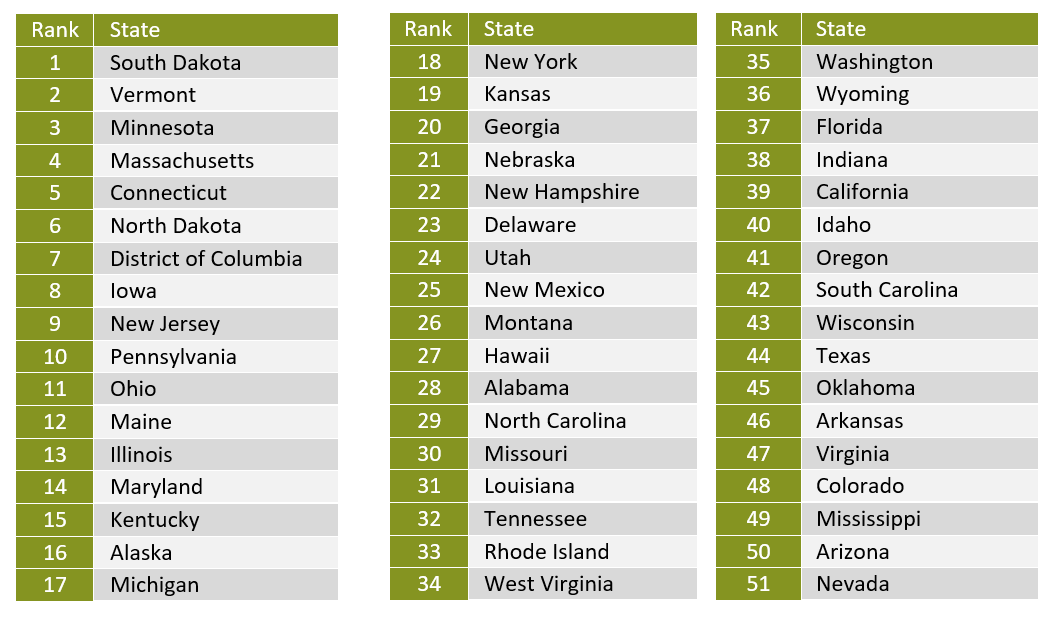 11.93% of youth (age 12-17) report suffering from at least one major depressive episode (MDE) in the past year. Major Depression is marked by significant and pervasive feelings of sadness that are associated with suicidal thoughts and impair a young person’s ability to concentrate or engage in normal activities.

Data indicates a significant increase in the number of depressed youth across the county, annually. 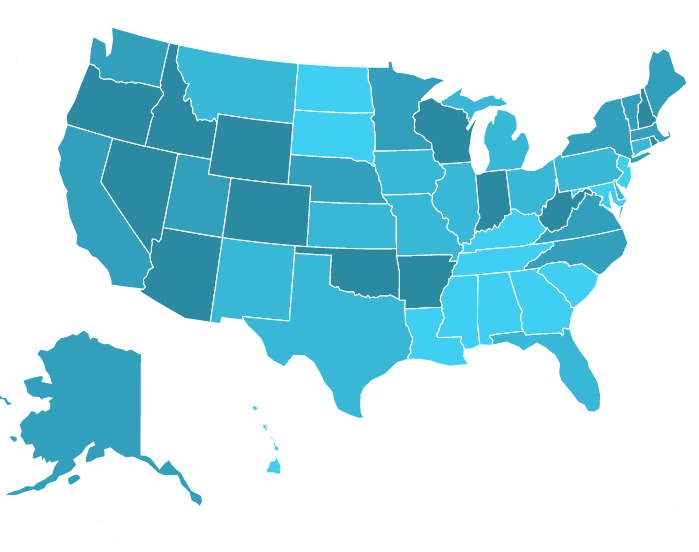 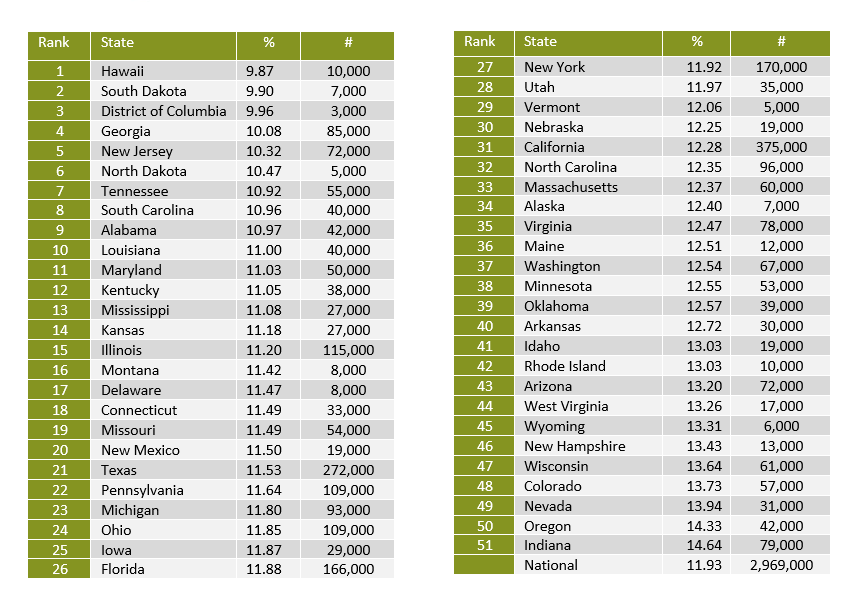 8.2% of youth (or 1.9 million youth) experienced severe depression. Depressive symptoms result in significant interference in school, home and in relationships.

States with highest rates (bottom 13 states) have almost TWICE as many severely depressed youth than states with the lowest rates (top 13 states).

The state prevalence of youth with Severe MDE ranges from 5.4% in South Dakota to 13.1% in Oregon. 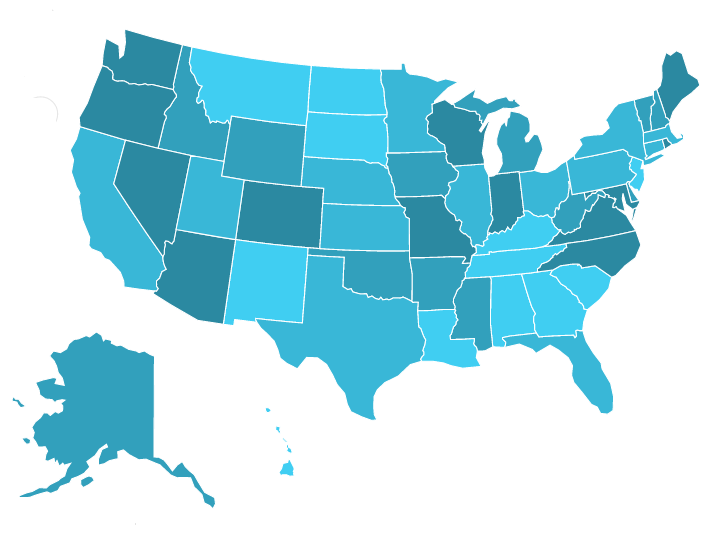 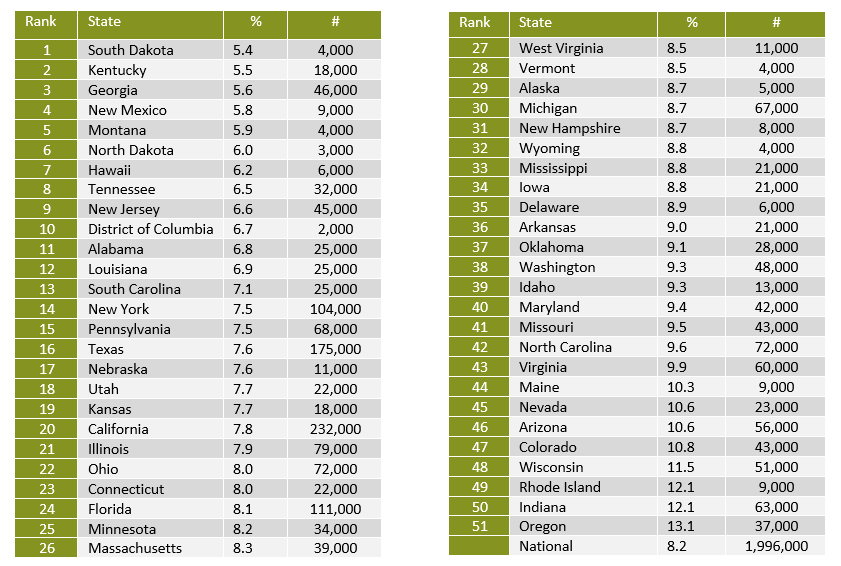 Youth with Alcohol Dependence and Illicit Drugs Use

3.3 million youth reported the use of Marijuana, Cocaine, and/or Heroin.

National youth rates have decreased over time, but higher rates remain among special populations, such LGBTQ, Service members and American and Alaskan Natives. 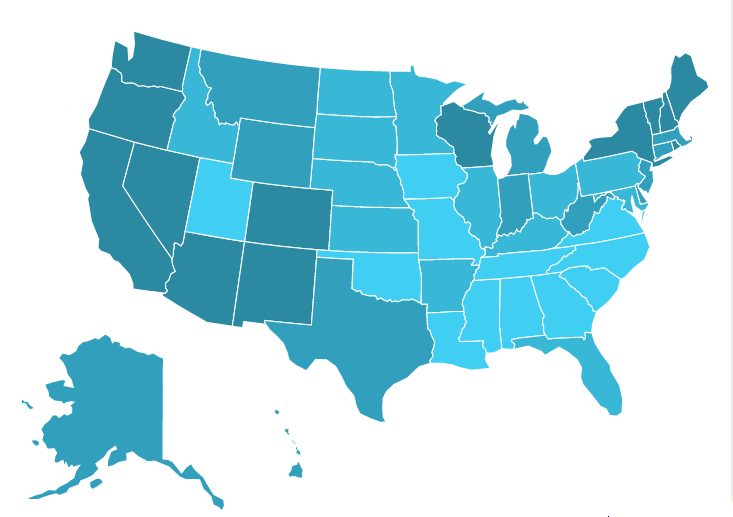 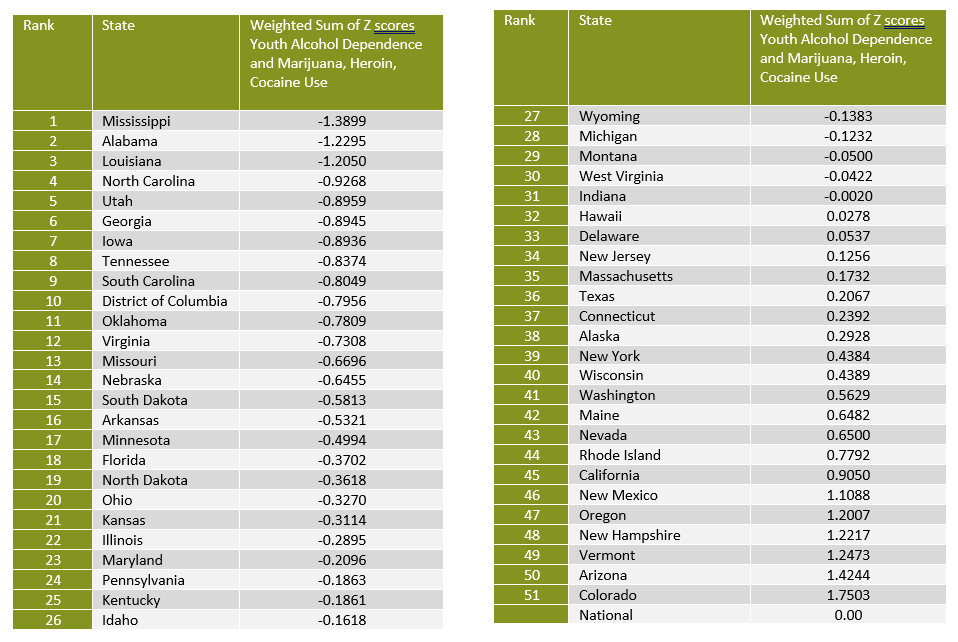 Youth with MDE who Did Not Receive Mental Health Services

63.1% of youth with major depression do not receive any mental health treatment.

That means that 6 out of 10 young people who have depression and who are most at risk of suicidal thoughts, difficulty in school, and difficulty in relationships with others do not get the treatment needed to support them.

State-level budget cuts and coverage contraction has presented a challenge for federal programs, such as Medicaid, which is reported to have the greatest influence over mental health trends among children.

The state prevalence of untreated youth with depression ranges from 48.6% in Connecticut to 72.2% in Tennessee. 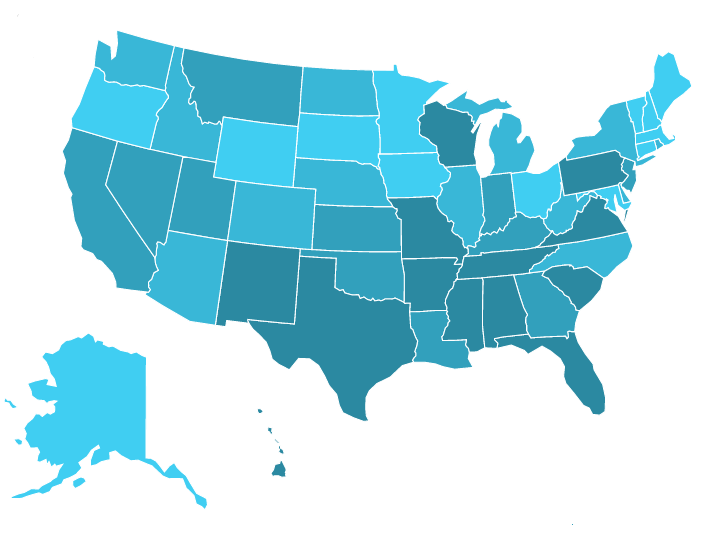 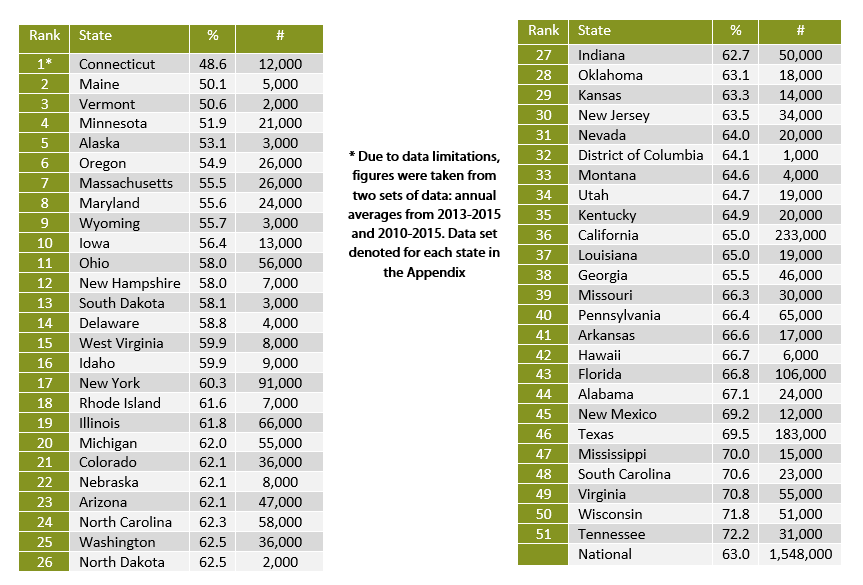 Youth with Severe MDE who Received Some Consistent Treatment

Nationally, only 23.4% of youth with severe depression receive some consistent treatment (7-25+ visits in a year).

These numbers speak on the need for increased funding for community-based treatments proven to work for high needs children. Treatments must be made accessible to children with mental health conditions and their family—regardless of income

The state prevalence of youth with severe depression who received some outpatient treatment ranges from 39.9% in Minnesota to 10.8% in Alaska. 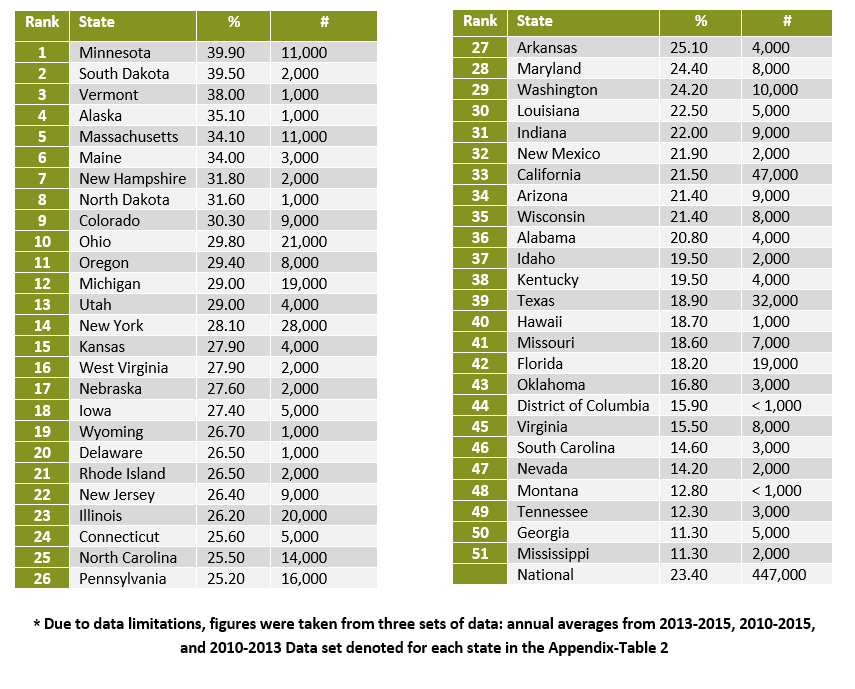 Children and youth are more likely to have insurance coverage compared to adults.

Nationally, 7.7% of youth had private health insurance that did not cover mental or emotional problems.

Montana, Hawaii, New Jersey saw the largest increase in access to mental health coverage among children. These states have also had a significant increase in monthly Medicaid/Chip enrollment from Pre-ACA enrollment numbers.

Reduction in uncovered mental health care among those states are:

Under these circumstances severe mental illnesses receive more coverage, possibly deterring individuals from seeking help until they reached a point of crisis.

The state prevalence of children lacking mental health coverage ranges from 2.4% in Massachusetts to 18.4% in Mississippi. 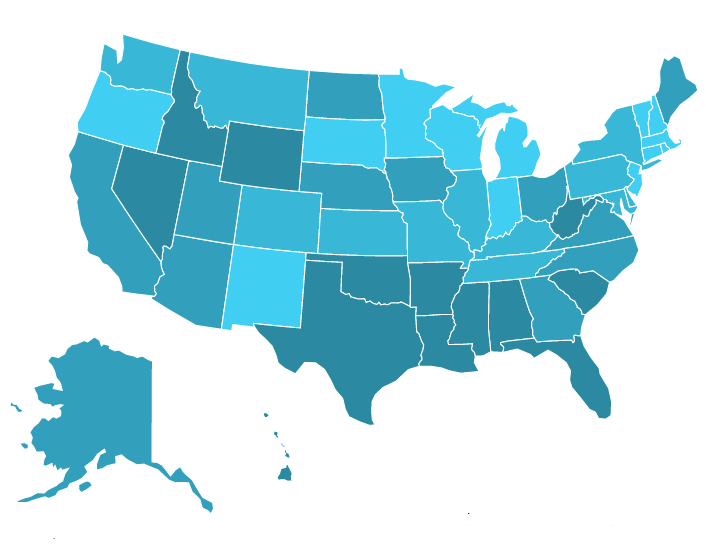 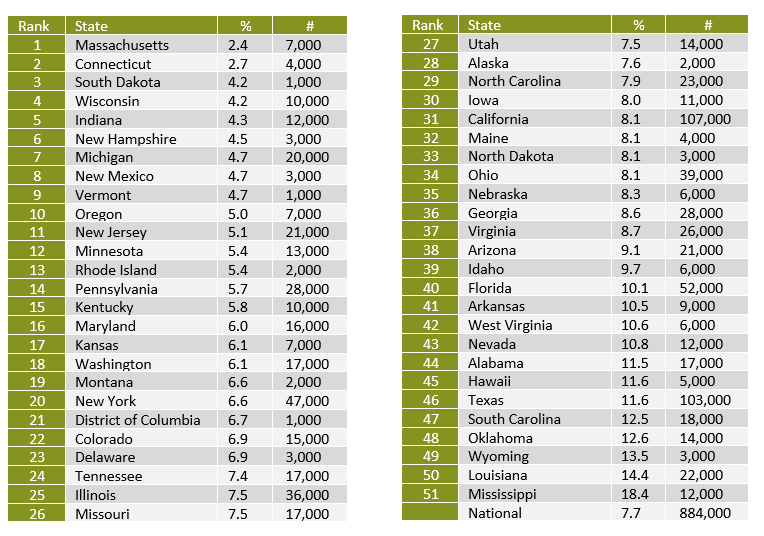 Students Identified with Emotional Disturbance for an Individualized Education Program

Only .763% of students are identified as having an Emotional Disturbance (ED) for an Individualized Education Program (IEP).

Mental illness under the guise of a “behavioral issue”, along with lower expectations for certain populations, and a lack of education in parents concerning the effects of trauma, prevent many high-risk students from receiving IEPs (Sarah Ozment, M Ed. Early Childhood Special Education, Interview, September 2017).

The rate for this measure is shown as a rate per 1,000 students.

The calculation was made this way for ease of reading.Unfortunately, doing so hides the fact that the percentages are significantly lower. If states were doing a better job of identifying whether youth had emotional difficulties that could be better supported through an IEP – the rates would be closer to 8% instead of .8 percent. 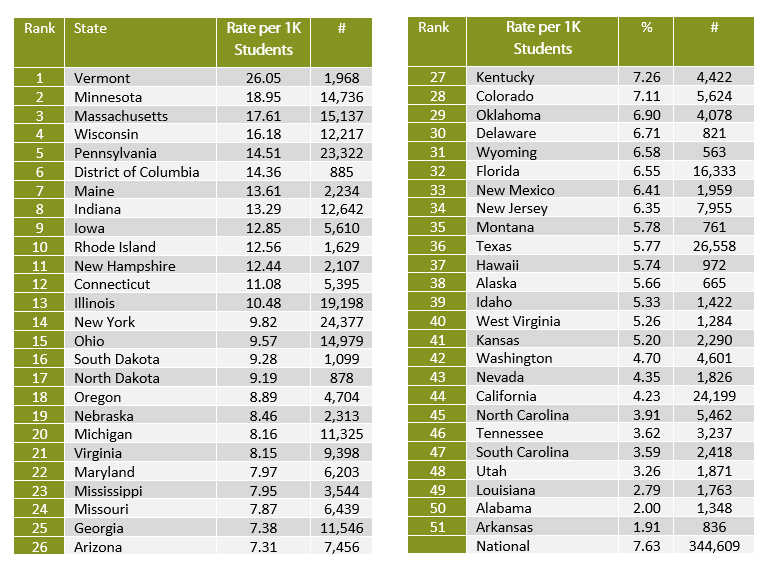